The 2021 Summer League is now well and truly underway with opening rounds shot for Automatic Ball Trap (ABT), Olympic Skeet, and Down the Line (DTL), all on a perfect day in May. It’s a shame that lockdown has forced us to condense some of our competitions into the remainder of the year, but if the rest of the season carries on like this then we’re not complaining – especially as the deluge held off until everyone made it safely home.

The first round of the Tower Insurance DTL League was held at Meary Veg, Santon, with 22 competitors taking part in near ideal conditions.

The joint leaders after the first round were past champions Alan Wade and Mike Walker with perfect 25/75 rounds, in third place on 72 was Phil Ward who missed his first target out followed by junior Arran Wade on 71 and making up the top six were Brian Faragher and Ted Kermeen on 69.

In A Class another of our juniors Arran Wade who hit a straight in his second round to finish in third place on 144 with Mike Walker hitting another straight but had two second barrels to finish on 148 and the winner of A class also with another straight was Alan Wade on 149.

Also held was the first round of the Manx Petroleum’s Olympic skeet league, and here Stan Cross and James Bradley were the first round leaders on 23 with Michael Cross in third place on 22.

After the second round Michael Cross and James Bradley finished in equal second place on 41, in first place with a well shot 45 and no practice was Stan Cross. In the handicap section we had a tie between Giulio Fabrizio and Mark Barnett on 58 points.

In the afternoon the first round of the Sadler Agricultural Supplies ABT League was held again in ideal conditions.

Mike Walker lead the way with a 25 straight in his first round followed by Stan Skinner and Steven Craine on 24 with Alan Wade and Mark Riley next on 23. After the second round it was still tight at the top with Alan wade and Mark Riley tying for third place on 47, and we still had a tie at the top between Steven Craine and Stan Skinner who both shot straight to finish on 49. Mike Parr was the handicap winner on 61. 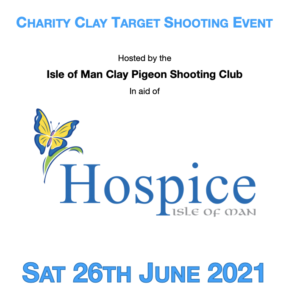