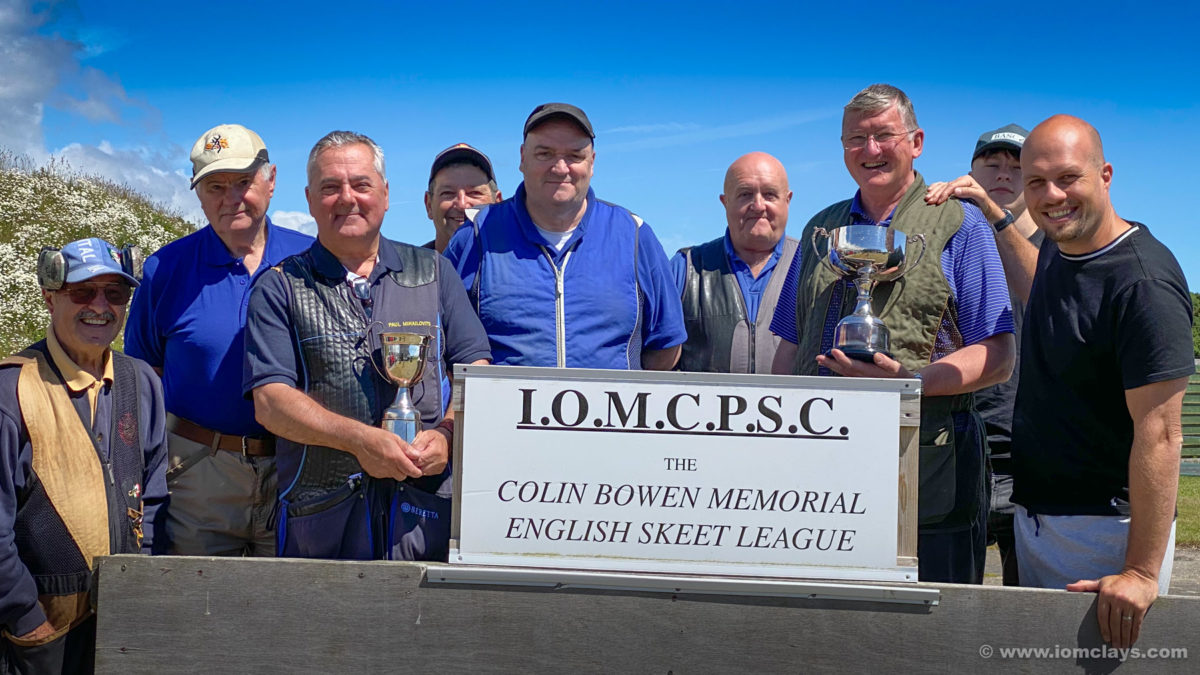 The second round of the Colin Bowen Memorial English Skeet League was held at Meary Veg, Santon, with 22 competitors taking part in near ideal conditions. An added incentive was provided in the form of the lockdown-delayed Easter cups.

The leader after the first round was Paul Mihailovits with a 25 straight. In equal second place on 24 were Stan Cross, Rachael Bowen Matthews, James Simpson and junior Joe Faragher. In the second round Mihailovits showed no let up hitting another straight to take the highgun cup and A class with a perfect 50. In second place in A on 49 was James Simpson, with a three way tie for third place between Stan Cross, Rachael Bowen Matthews and Dave Corlett.

In B class Junior Joe Faragher took first with 48, followed by Peter Fabrizio and Peter Kelly in equal second place on 46. Steven Rand was the winner of C class on 45 with Richie Radcliffe in second place on 40. Taking third place in C class with 39 points was lady shooter Nicky Barnett.

In the handicap section for the George Costain Handicap Cup Steven Rand was the winner with 58 points one ahead of junior Joe Faragher on 57 and in equal third place on 54 were junior Zac Bellhouse and Nicky Barnett.

Fifteen shooters carried on for a 100 targets which also doubled up as a team event for the Colin Bowen Team Cup. Third place in the team cup at the half way stage were Stan Cross and Steven Rand on 92 with James Simpson and Arthur Hayes second on 94 but the leaders were Paul Mihailovits and Peter Fabrizio on 96.

To make it an all conquering day for Paul Mihailovits, he took the honours in the 100 league with a well shot 99 with the Cross boys Stan and Michael second and third with Stan beating Michael for second place by one on 96 to Michaels 95.