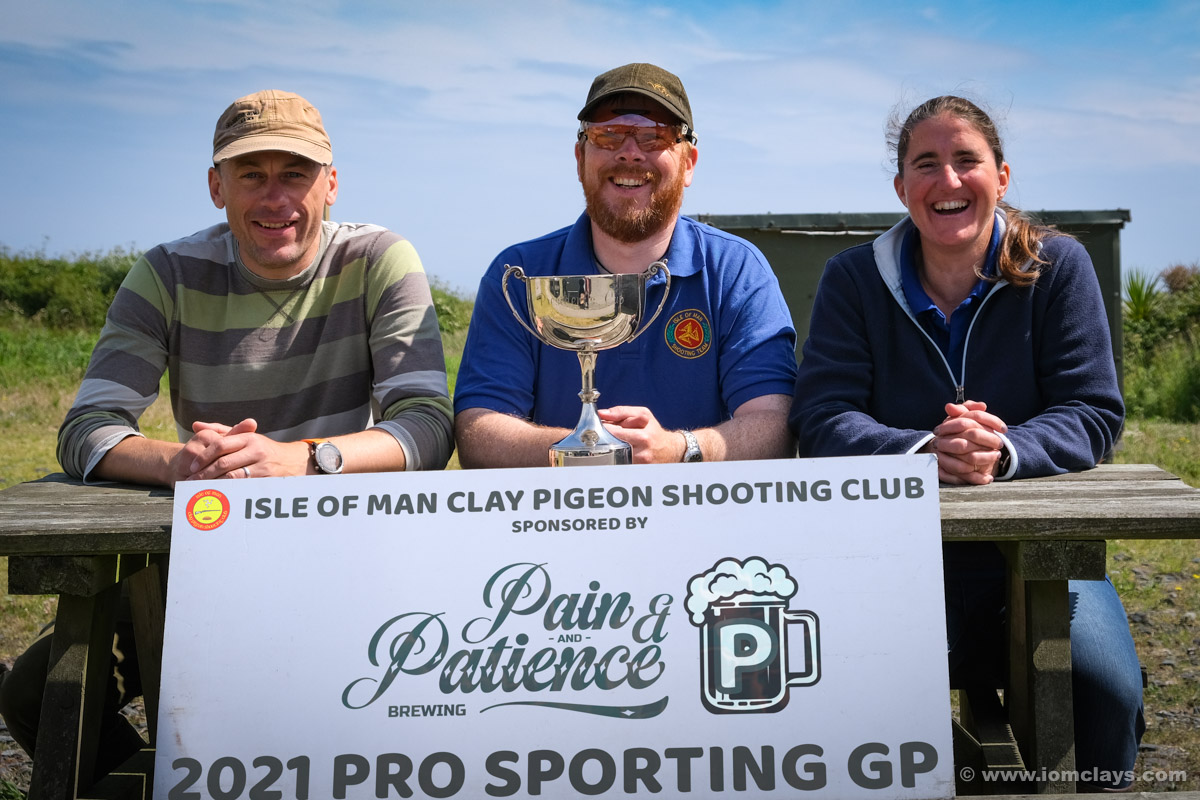 It was a busy Tynwald Day weekend at Meary Veg, with a good turnout across two annual summer championships; our Pro Sporting GP on Sunday and the popular Skeet Doubles on Monday. Both events were well attended and even the Croaghan paid us a flying visit once the fog had lifted, adding an unexpected element to the Sporting shoot.

On Sunday was the Pro Sporting GP sponsored by Mark and Nicky Barnett with 15 shooters taking part in very misty at times cool conditions. We had joint leaders at the half way stage with Paul Mihailovits and Juan Cowley tying on 48 points, and in equal third place on 45 were Peter Kelly and George Davies on 45 with John Moore, Jack and Marty Kneen next on 44.

It was still all square after the stage with Mihailovits and Cowley tying on 69, in third place now was Jack Kneen on 68 with George Davies next on 67 followed by Peter Kelly and John Moore on 65. After the fourth and final round it was still all square with Mihailovits and Cowley tying on 90 so a shoot off was required to find a winner over a completely new layout.

It was neck and neck till the instant pairs but Juan just managed to get over the line hitting 22 to Pauls 21. In the classes Nicky Barnett was the winner of C class with 76 points. In B class Peter Kelly finished in third place on 83 with Brian Faragher taking second place on 84 with Paul Mihailovits taking the class prize with 90 points. We had a tie for second place in A class between Jack Kneen and Mark Barnett on 85 with John Moore taking A class with 86.

The prizes at the end were presented by Mark Barnett and included a range of brews made by Mark for the occasion. A big thank you must go to Will Rand for setting the layouts up, all of which were very well received.

On Tynwald Day the Cross Doubles was held with 22 competitors taking part in dry sunny conditions. The leader at the half way stage was that man again Paul Mihailovits with 48 points. One point behind on 47 was Alan Wade with Dave Corlett and John Moore in equal third place on 44 followed by junior Joe Faragher on 43 who had a straight in his first round. Making up the top six were Mike Walker, Mark Barnett and Peter Kelly all on 42.

After the next 50 targets Madeleine Simpson was the ladies winner on 75. In the junior section Arran Wade was the winner on 77 just pipping Joe Faragher by one point into second place on 76. We had a tie for third place overall  between Dave Corlett and Giulio Fabrizio on 89, in second place on 93 was Alan Wade and the winner of the Cross Doubles Championship for 2021 was Paul Mihailovits on 95. Well done Paul!