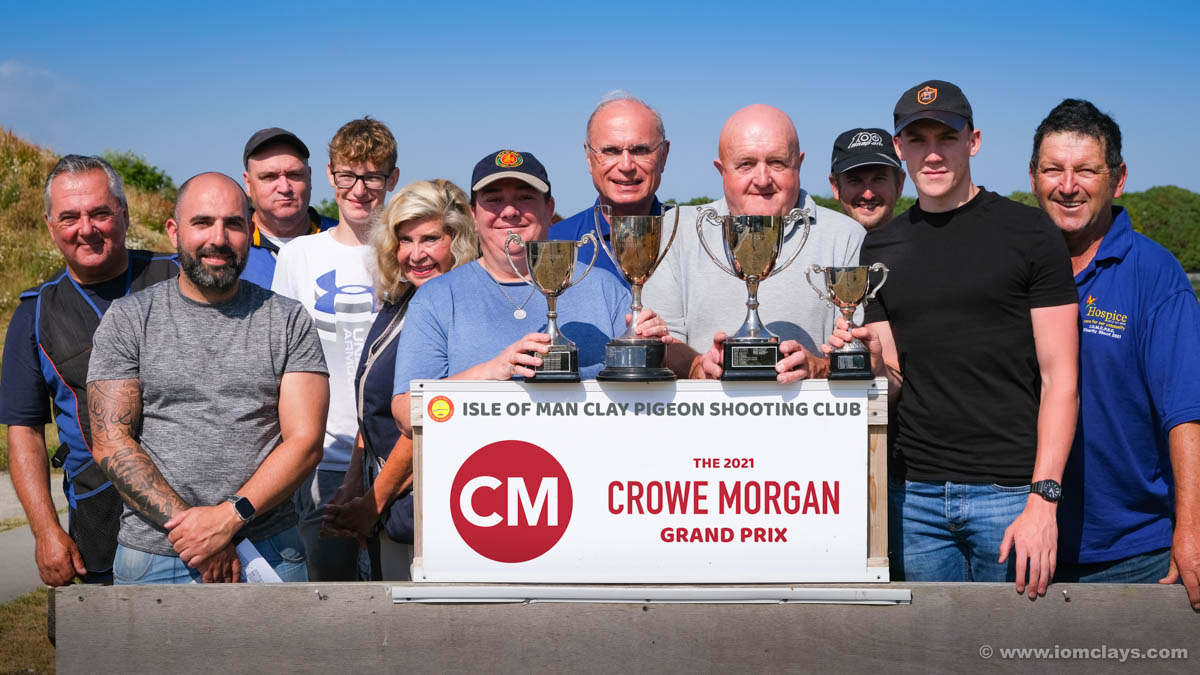 It was all change after round four with Dave Corlett now back in the lead on 97 but we had a three way tie for second place on 96 between Stan Cross Rachael Bowen Matthews and Paul Mihailovits. Tying for fifth place on 94 were Arthur Hayes and Giulio Fabrizio. For the fifth and final round the shooters were placed in reverse order with the best shooters shooting last, and at the end of the round we had a three way tie for second and third in A class between Stan Cross, Giulio Fabrizio and Arthur Hayes who all finished on 118, and also a three way tie for high gun and runners up between Dave Corlett, Paul Mihailovits and Rachael Bowen Matthews who shot 120.

In the shoot off for second and third places in A class Stan Cross shot 23 to take second place but Giulio and Arthur were still tied on 22 so sudden death was required the decide the third place. After 14 targets each Giulio took third place in A with 11 points to Arthur’s 10. In the shoot off for high gun Dave Corlett claimed top spot shooting 24 to Paul’s and Rachael’s 23, but sudden death was also required to fined a runner up and Paul took the spot hitting all four targets to Rachael’s three on the first round of doubles.