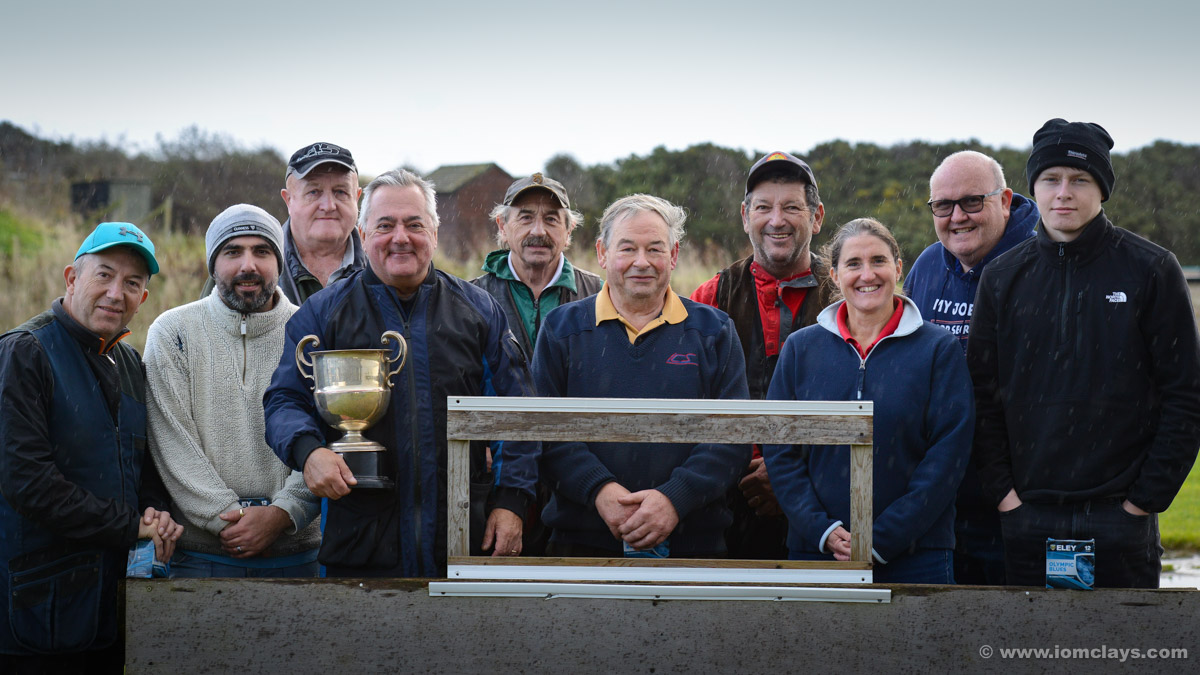 The Manx Skeet Championship was held at Meary Veg, Santon, and kindly sponsored by the format’s creator, John Moore.

Fourteen shooters took part in mainly dry and at times sunny conditions. The leader after the first rounds was Paul Mihailovits with 21 points, in equal second place on 20 were Jeff Corkill and Giulio Fabrizio, with Dave Corlett, John Moore and Arthur Hayes next on 19.

After the second and final round Alan Wright finished in second place in C class on 18 with lady shooter Nicky Barnett taking C class on 23. In B class Ted Kermeen was third on 36 with junior shooter Joe Faragher taking second place on 37 but taking B class with 42 points which should of been 43 as he missed his first target was Peter Kelly.

In A class we had a five way tie for first place between John Moore, Dave Corlett, Arthur Hayes, Jeff Corkill and Giulio Fabrizio all with 41 points but the outright winner with 43 points was the first round leader Paul Mihailovits – well done Paul!