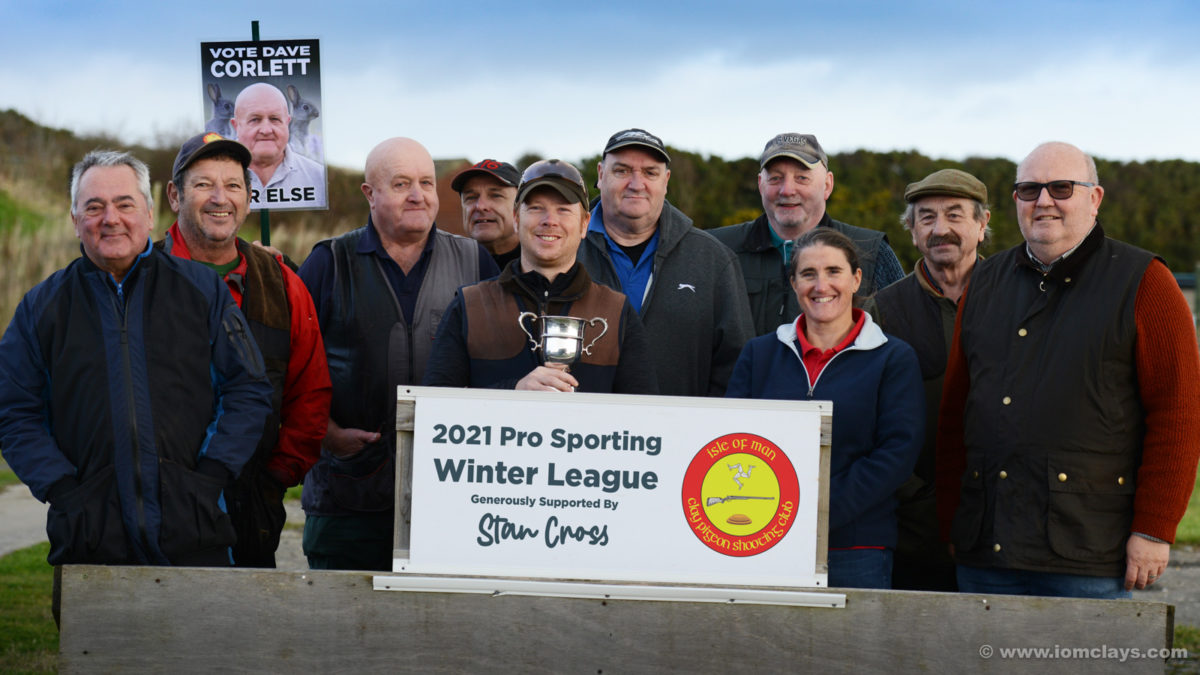 The first round of the Winter 2021 Pro Sporting league sponsored by Stan Cross was held at Meary Veg, Santon, with sixteen competitors taking part in windy, cold but dry conditions. Also up for grabs was the Victor Annand safety officers cup.

The leader after the first round of 25 was John Moore with 23 points. In second place on 21 was Juan Cowley with Stan Cross, Paul Mihailovits, Dave Corlett, Peter Kelly, Will Rand and Mark Barnett all tying for third place on 18. The second 25 shot on the right hand range saw Brian Kelly finishing in third place in C class with 22 points, in second place in C was Alan Wright on 23 but taking C class with 25 points was lady shooter Nicky Barnett.

In B class Brian Faragher was third on 37 with Peter Kelly taking second place on 38 but winning B class with 40 points was Paul Mihailovits. We had a tie for third place in a class between Dave Corlett and John Moore on 39 points with Stan Cross taking second place on 40 but the winner of A class and also winning the Victor Annand cup with 41 points was Juan Cowley.