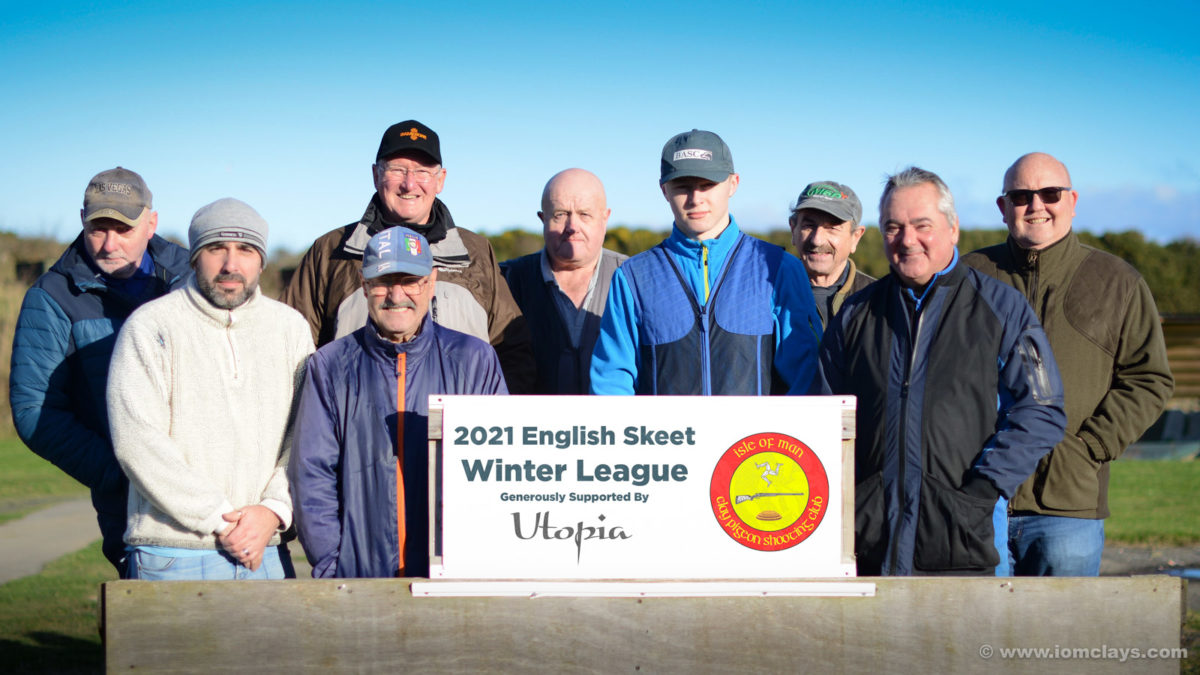 The first leg of the Utopia sponsored English Skeet league took place a Meary Veg in Santon. We had a good turnout of 22 competitors in sunny but cold conditions, with the sun affecting many of the competitors when they took to the first stand.

The leaders after the first round of 25 targets were Junior Joe Faragher and Veteran John Moore with 24 closely followed by Paul Mihailovits on 23 with another three competitors tying on 22.  After a well-deserved hot drink and a sausage bap the squads went out again to shoot their final round, with four 24’s being posted.

We also had a new shooter taking part in his first competition having only been down the range a couple of time that was Wayne Barsby, well shot Wayne.