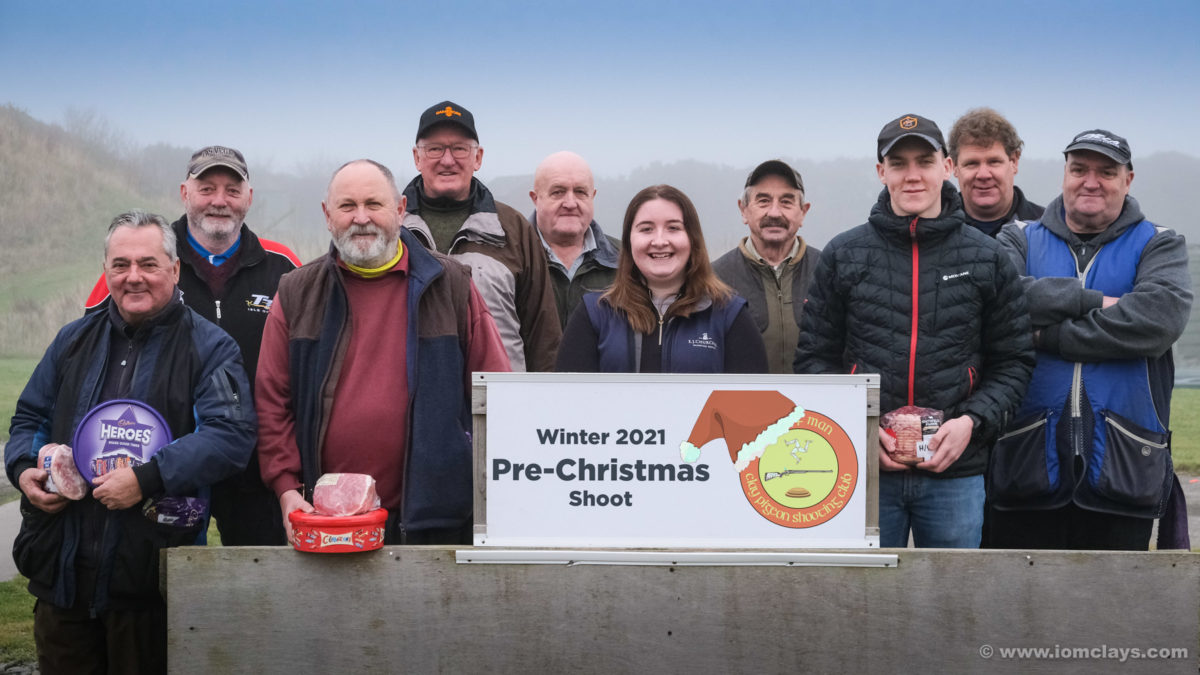 A Festive Trio of Targets

The annual pre Christmas shoot was held at Meary Veg, Santon, with 23 competitors taking part in dry calm but misty conditions and was sponsored by the club as a way of a thank you to members for their support over the past year.

It was a new format this year with Skeet Doubles, Double Rise and a shortened Pro Sporting to make it a 60 target shoot. The leaders of A class after the Skeet Doubles were Stan Cross and Paul Mihailovits with a full house, hitting all 20 targets with George Davies, John Moore and Giulio Fabrizio next on 18. In B class Michael Cross was the leader also on 20 with with Will Rand, Mark Barnett and Brian Faragher next all on 17. Steven Rand was the C class leader on 15 with Brian Kelly next on 14 followed by Nicky Barnett on 13.

The next discipline was Double Rise and Stan Cross first with a running total of 34 with Steven Craine next on 33 followed by Paul Mihailovits in third place on 31. Michel Cross was still the leader of B class also on 34 points the same as his Dad in A class, but we had a four way tie for second place between Will Rand, Brian Faragher, Mark Barnett and Ted Kermeen all on 28. Steven Rand was still the leader of C class with 22 points with Brian Kelly and Allana Wade in equal second place on 21 with Nicky Barnett and Orry Watterson next on 20.

The final discipline Pro Sporting saw Allana Wade taking third place in C class with 32 points with Brian Kelly in second place on 33 points but taking C class with 34 points was Steven Rand. In B class Brian Faragher was third on 44 with Mark Barnett second on 45 with Will Rand taking B class with 46 points, Michael Cross who was leading B class shot 19 on the pro sporting to take highgun overall with 53 points beating his dad by two points who was the winner of A class on 51 points, Paul Mihailovits was second in A on 49 with George Davies taking third place on 48.