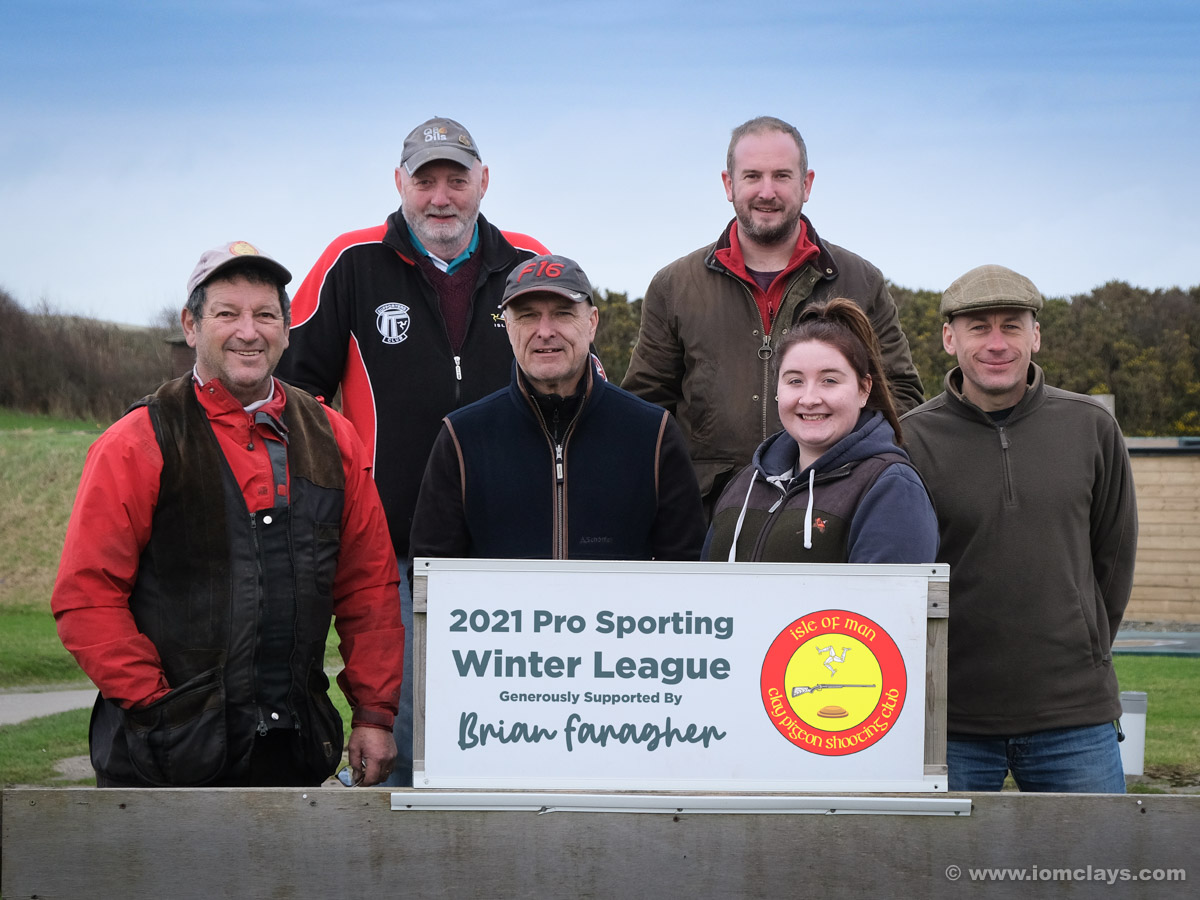 Kelly and Barnett close in on Faragher

The fourth and final round of the Pro Sporting Winter League was held at Meary Veg, Santon, in calm and cool conditions, turning windy and cold for the second half of the competition.

We had a three way tie for first place after the first set of 25 with C class shooters Allana Wade, junior Zac Bellhouse and veteran B class shooter Peter Kelly all tying on 20, followed by the first A class shooters Mark Barnett and George Davies on 19. With the wind increasing making the targets a lot more difficult Brian Kelly finished in third place in C class on 28  with junior Zac Bellhouse taking second place on 29, but winning C class with her birthday gun was lady shooter Allana Wade on 31 points.

In B class Will Rand finished in third place on 31 points with Peter Kelly taking second place on 34 but winning B class, with his borrowed gun and maybe new gun, with 35 points and the best score on the day was Brian Faragher. In A class Stan Cross was third on 31 with George Davies in second place on 34  but winning A class with 34 points was Mark Barnett.