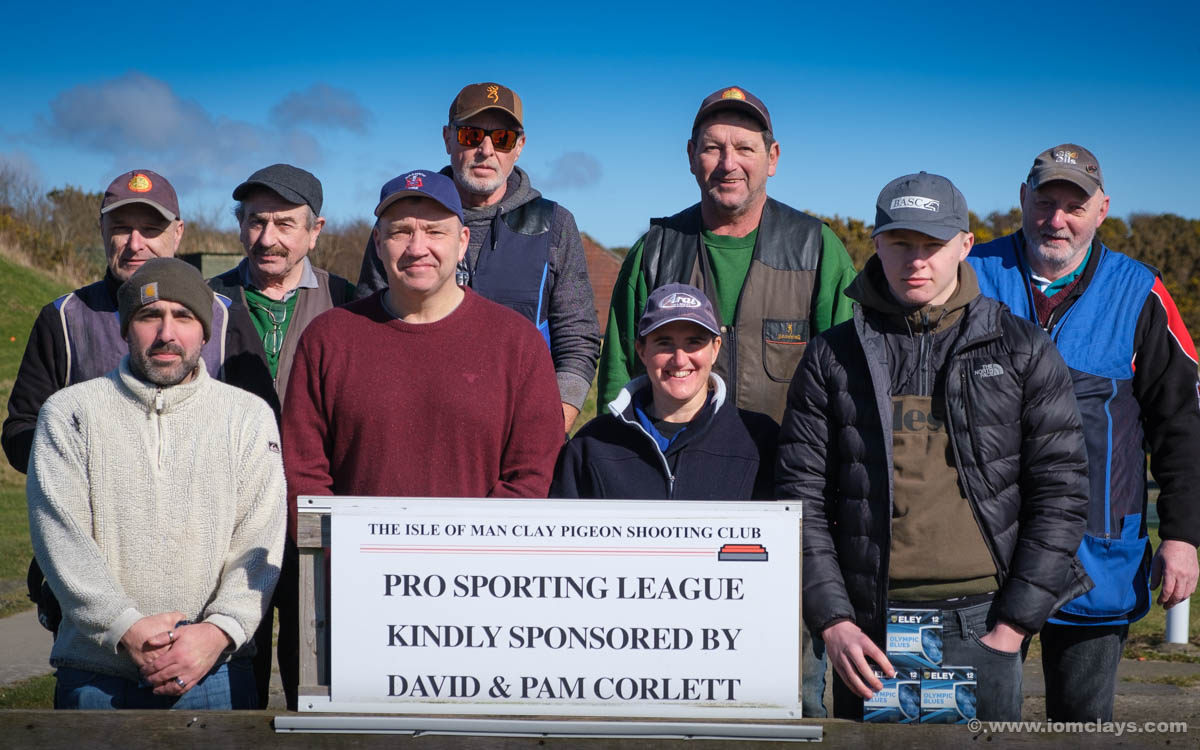 The first round of the Summer 2022 Pro Sporting League was held at Meary Veg, Santon, on the morning of Sunday 6th March, with twenty-one competitors enjoying 50 targets in perfect conditions.

Class A shooter Neil Parsons took the lead after round one, dropping just one target in the instant pairs for a healthy 24. Hot on his heels were Brian Kelly with 22 and junior Joe Faragher on 21, with Rob Corlett also scoring 21 to make up the top three.

Round two featured some tricky targets, and Parsons was joined at the top by Brian Faragher with 20 points apiece, followed by Guilio Fabrizio and Stevie Craine with 19 and 18 respectively.

The combined scores after two rounds saw Neil Parsons claim top slot on 44 points, with Joe Faragher in second on 38 and John Moore in third with 37.

Our heartfelt thanks to Pam and Dave Corlett for once again sponsoring the Pro Sporting League this summer.

B class shooter Mark Barnett hit the ground running with a perfect 10 on stand one, closely followed by Neil Parsons, Rob Corlett, and Richard Kneen with 9 points each. Parsons made his mark with 10 points on stand two, which also saw Brian Faragher and junior David Cowin shake off an iffy start to begin an impressive run of nines. Stand three featured a low incoming pair, proving a popular half-way respite which saw four shooters scoring top marks, with seven shooters letting just one get away.

The long-overdue sunshine and entertaining targets made for a buoyant atmosphere throughout the afternoon, at the end of which Parsons finished neck-and-neck with Alan Wade on 44 points, followed by Barnett on 43, with Richard Kneen, Peter Kelly, and Rob Corlett level on 42. Our sincere thanks to Suntera Global for once again sponsoring the English Sporting League this summer.