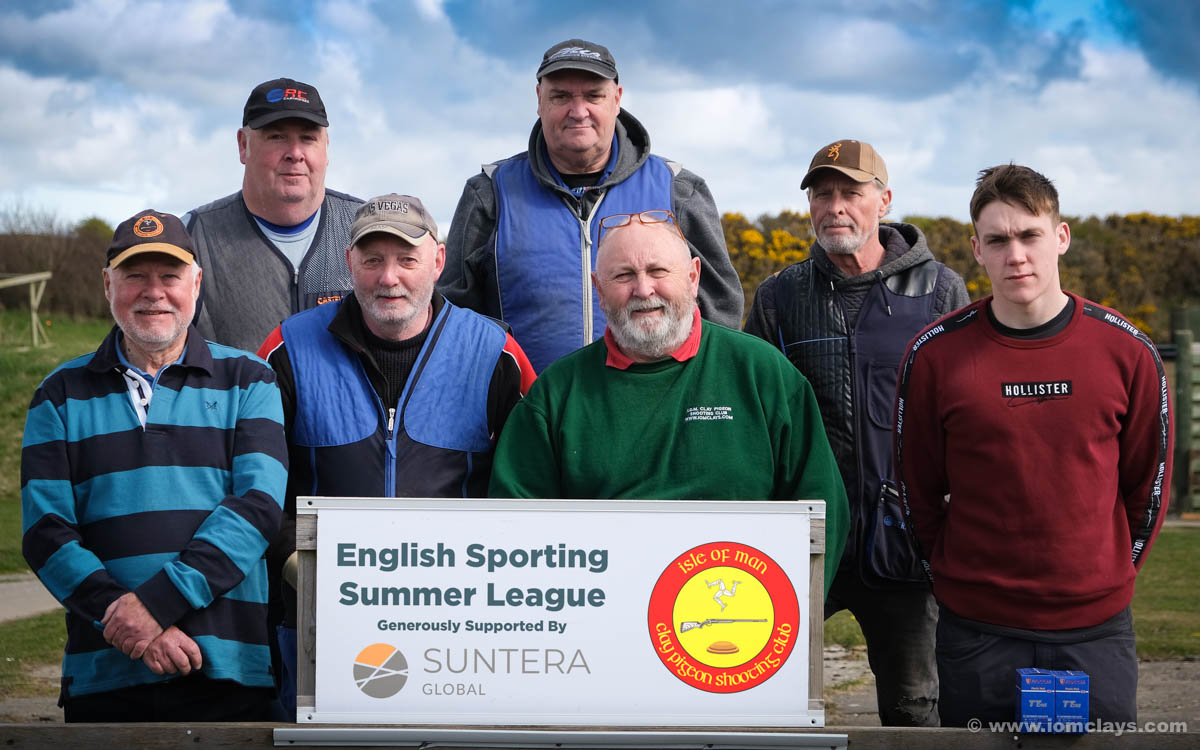 The second round of the Suntera Global English Sporting League was held at Meary Veg, Santon, in cold but dry conditions.

Fast out of the traps on the first stand was Alan Wade who shot a perfect 10 to lead from Michael Cross and George Davies by one on 9 with Peter Kelly, David Morgan and junior Zac Bellhouse next on 8. We had a three way tie after stand two with Wade, Cross and Davies all tying on 16 followed by Stan Cross, Will Rand and Dave Corlett on 15.

We sill had a three way tie after stand three with Cross and Davies being joined by Stan Cross on 25, John Moore was next on 24 with Wade, Corlett and Kelly next on 23. It was all change after stand four with Davies in the lead on his own with 34 points followed by the Cross’s Stan and Michael on 33 with Moore and Corlett next on 32.

After the fifth and last stand Mark Sweetman finished in third place in C class on 23 but we had a tie for first place between Rob Marshall and Brian Kelly with 25 points each. In B class Brian Faragher finished in third place on 36 one point ahead in second place was Will Rand but taking B class with a well shot 39 was Stan Cross. Alan Wade was third in A class with 39 points with Michael Cross second on 40 but A class winner and overall highgun was George Davies with 41 points.

In the afternoon the second round of the Dave and Pam Corlett Pro Sporting league was held again in dry but cool conditions.

The leader after the first 25 was Alan wade with a well shot 22 who lead by three from George Davies and Peter Kelly on 19 followed by Stan Cross, John Moore and junior Joe Faragher on 18 who was the leading B class shooter at this stage. Leading C class was Mark Sweetman with Brian Kelly second on 14.