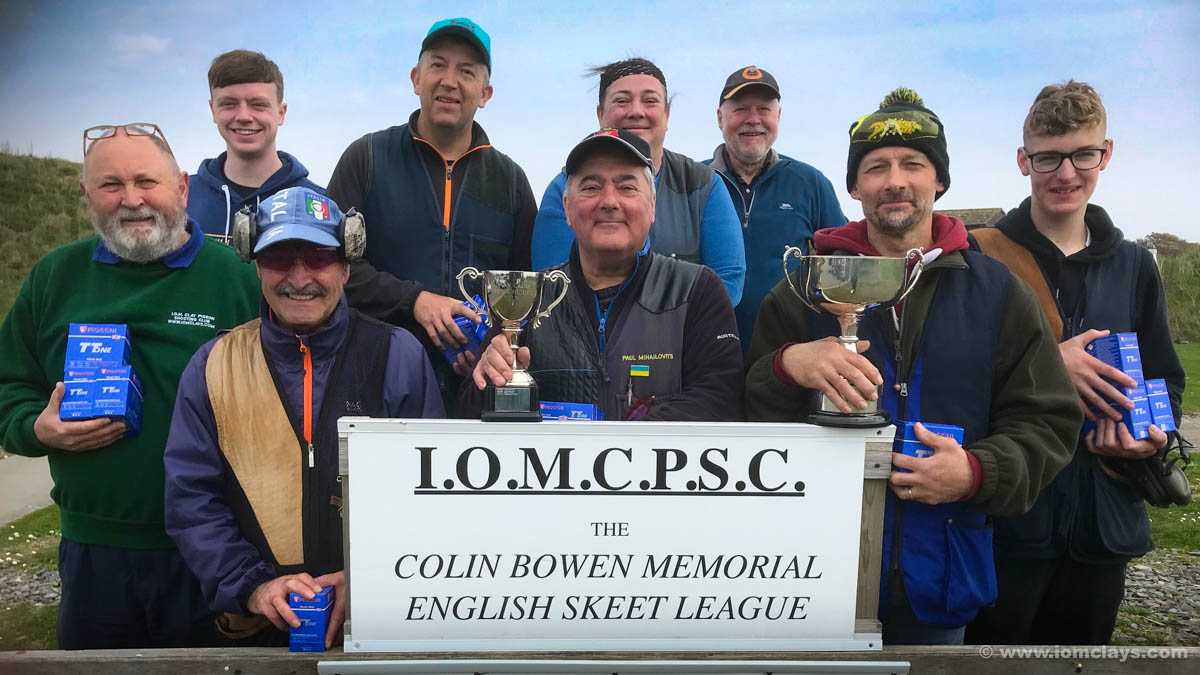 The second round of the Colin Bowen memorial English skeet league was held at Meary Veg, Santon, in calm dry conditions which also had the added incentive of having the Easter Highgun and Easter Handicap cups up for grabs.

Before shooting commenced a shot gun salute was held in memory of Richie Radcliffe, a long time member of the club who passed away on Tuesday 12th April and will be sadly missed by all at the club.

After the first round we had a three way tie for first place between Jeff Corkill, Michael Cross and Paul Mihailovits who all hit 25 straights followed by George Davies who was the leading B class shooter along with Rachel Bowen Matthews and Giulio Fabrizio on 24. The leading C class shooter was junior Zac Bellhouse on 23.

After the second round Wayne Barsby finished in third place in C class with 30 points in second place on 39 was Rob Marshall but taking C class with a well shot 43 was junior Zac Bellhouse. In B class Peter Fabrizio and Brian Faragher tied for third place with 42 points with junior David Cowin taking second place on 46 but winning B class with 47 points was George Davies. We had a three way for second place in A class between Jeff Corkill, Michael Cross and Rachael Bowen Matthews with 49 points but top of the class with a perfect 50 straight and retaining the Stan Cross Highgun cup with the same score as last year was Paul Mihailovits.

In the handicap section the winner of the George Costain memorial handicap cup was newcomer Wayne Barsby with 56 points.

Fifteen carried on to complete a 100 targets which included the Colin Bowen Team cup. The winners of the the team cup were Michael Cross and John Moore with a final total of 192 ex 200 with Paul Mihailovits and Andy Morgan in second place on 189 and coming in third place were Stan Cross and Jeff Corkill on 188.

In the 100 league Michael Cross was the winner with 98 points one ahead of Will Rand in second place on 97 with Paul Mihailovits and Jeff Corkill taking equal third place on 96.