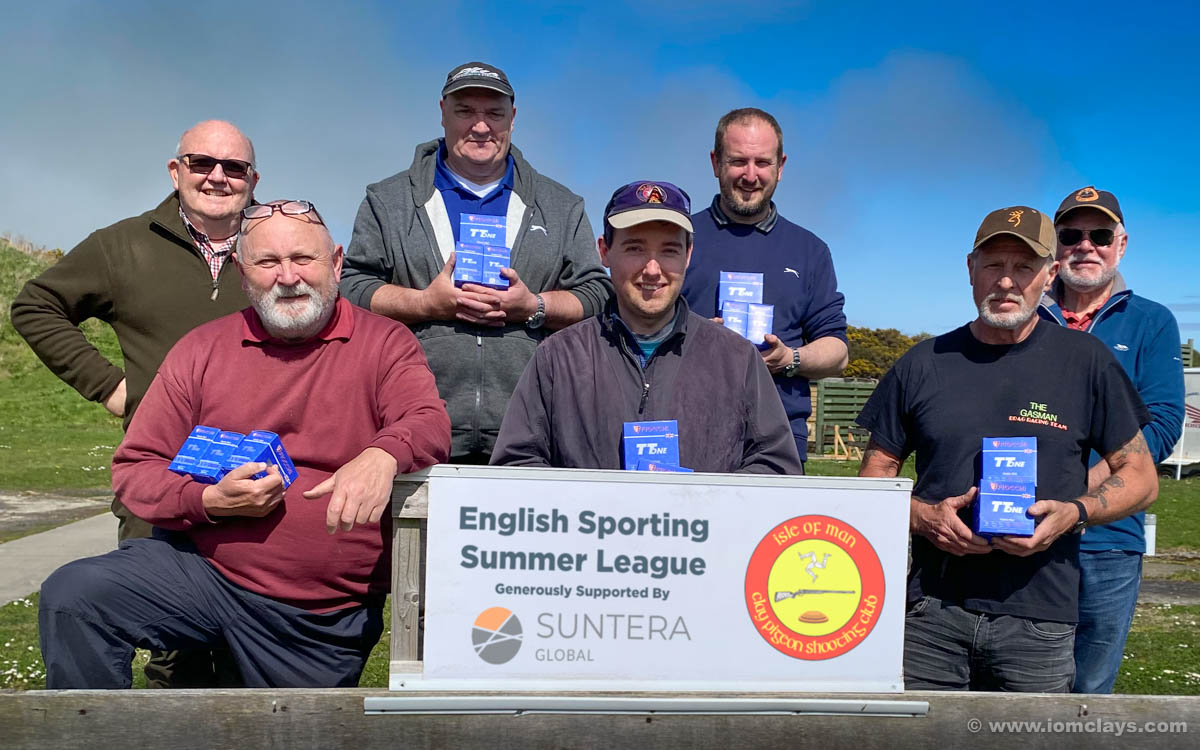 The third round of The Dave and Pam Corlett Pro Sporting league was held at Meary Veg, Santon, in wet and misty conditions but the shooters stayed dry shooting under the new shelters built over the past year.

The leader after the first 25 was John Moore with 23 points in second place on 21 were Will Rand and C class shooter Mark Sweetman. Leading B class were Steven Craine and son Calum with 20 points. After the second round in C class Brian Kelly finished in third place on 28 points with lady shooter Nicky Barnett taking second place with 31 points but the run away winner of  C class with 40 points was Mark Sweetman.

In B class Brian Faragher was third on 41 points with Calum Craine in second place on 42 but winning B class and overall highgun was Rob Corlett with 43 points. We had a three way tie for first place in A class between the first round leader John Moore, Stan Cross and Peter Kelly who had a 25 straight in his second round

In the afternoon the third round of the Suntera Global Sporting League was held in dry sunny conditions.

With all to play for on the last stand Rand and Corlett scored 7 but Cross scored 9 to make it a three way tie for first place in B class on 41 points. George Davies was the leading A class shooter with 39 points with Ben Richards in second place on 33 and taking third in A was Jack Clague on 27. In C class Mark Sweetman made it a double by winning both C class’s on the day with 26 points, Rob Marshall was second in C with 24 points and Alan Wright was third with 21 points.

A big thank you must go to Will Rand and Brian Faragher for setting the course’s up which were well received by all.