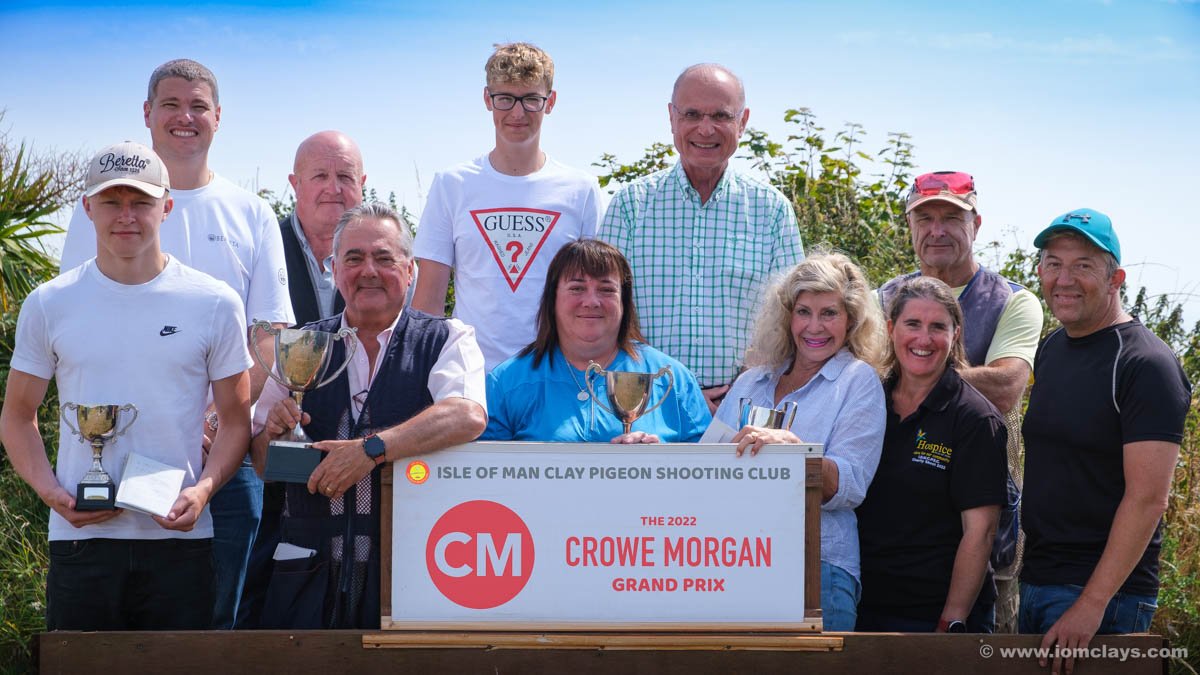 The annual CM Partners English Skeet GP was held at Meary Veg, Santon, with 18 competitors taking part in near ideal conditions and over £600 in prize money up for grabs.

The leaders after the first round were Rachael Bowen Matthews, Andy Morgan Giulio Fabrizio and Jeff Corkill who all shot 25 straights followed by Dave Corlett, Stan Cross and Madeleine Simpson on 24. Andy Morgan was in the lead on his own after round two, recording another straight, hot on his heels were Rachael Bowen Matthews and Stan Cross on 49 with Madeleine Simpson next on 48. After round three Bowen Matthews and Morgan were tied in first place on 73 with Paul Mihailovits coming into the frame in third place  on 71 along with Dave Corlett.

Things started to hot up after round four with Mihailovits, Bowen Matthews and Morgan all tying for first place on 96 with Corlett and Jeff Corkill one behind on 95.

The shooters were re-squaded after the fourth round from bottom to top and what a round we were going to have with the top five going in the last squad. We had Mihailovits, Bowen Matthews and Morgan all equal on 96 with Corlett and Corkill on 95, not a target was missed till pad four when Corlett dropped one then on the next stand Morgan dropped three and Corkill dropped one, on stand six Corlett dropped another target but Mihailovits and Bowen Matthews both hit straights so a shoot off was required to find a winner which was sudden death with pairs on four.

The prizes at the end were presented by David Morgan on behalf of the sponsors CM partners Ltd.

Next week is a MCTSA  Sporting selection shoot on Saturday afternoon at 1-30 and on Sunday is the Club all Round Championship over one round of each discipline. Duty officers this Saturday are S & M Cross.