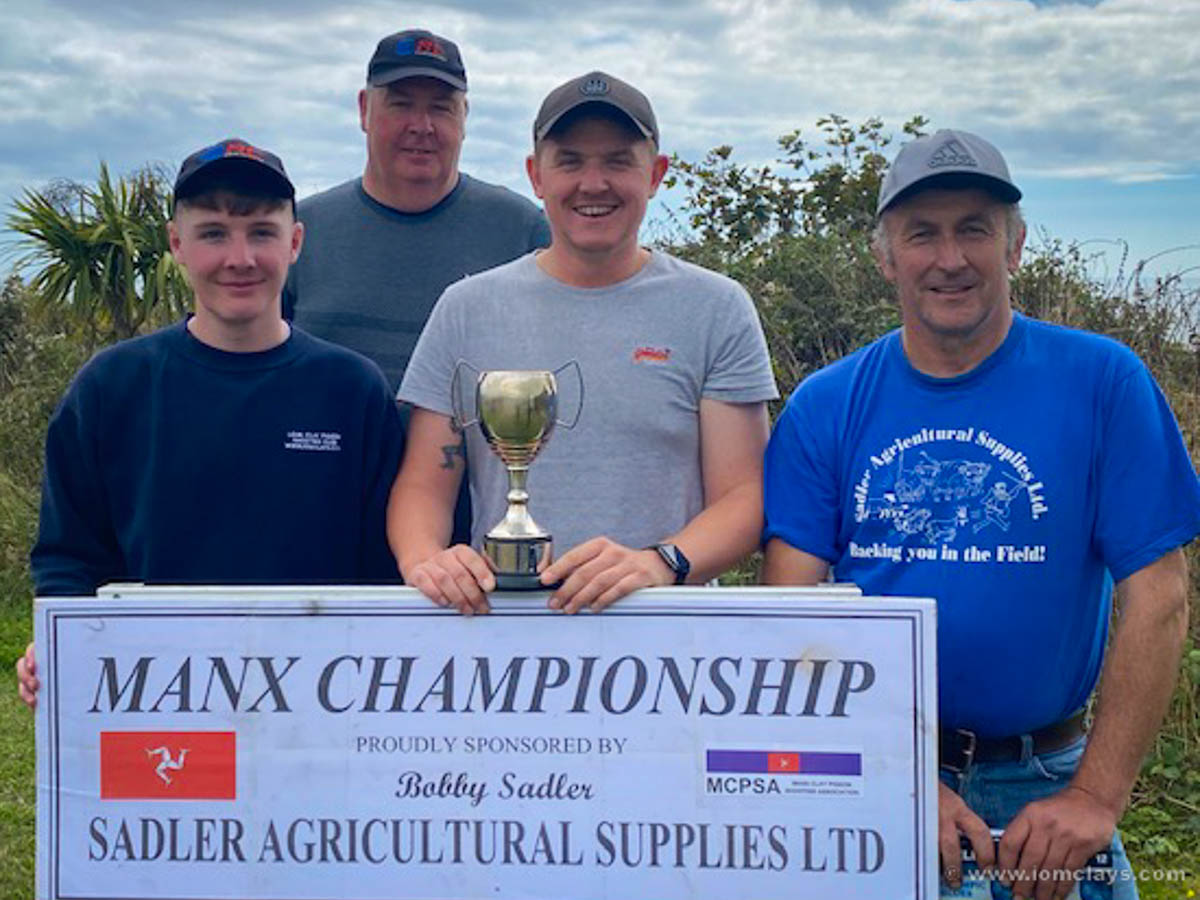 The IOM ABT Championship sponsored by Sadler Agricultural Supplies was held at Meary Veg, Santon, with twelve competitors taking part in near ideal conditions.

The leader after the first round was Stan Skinner with 24 points in equal second place on 23 were Rob Watterson, Alan Wade and Mark Riley followed by junior Arran Wade in fifth place on 21 and making up the top six were Steven Craine and Phil Ward on 20.

Skinner hit a straight in his second round, doubling  his lead to two and having a running total of 49, in second place on 47 was Rob Watterson with Alan and Arran Wade now in joint third place on 46. Arran also had a straight in his round, Mark Riley was in fourth place on 44 with Mike Parr and Steven Craine in equal sixth place on 42. We had a tie for the lead after round three between Watterson and Skinner on 71, with Alan Wade in third place on 70, Arran Wade and Mark Riley were tied in forth place with 67 points and in sixth place on 65 was Mike Parr.

So with all to shoot for in the forth and final round, Watterson and Skinner the joint leaders were in the first squad, Skinner scored 22 to finish on 93 but Watterson hit the perfect straight to finish on 96 and win the IOM ABT Championship for the very first time, well done Rob!

We had to have a shoot off for second place as Stan Skinner and Alan Wade both scored 93 which Alan won 24 to 23. Arran Wade was the junior winner on 90.

Next week is the fifth round of the Colin Bowen Memorial English skeet league which has the Cesar Leonetti handicap cup up for grabs.