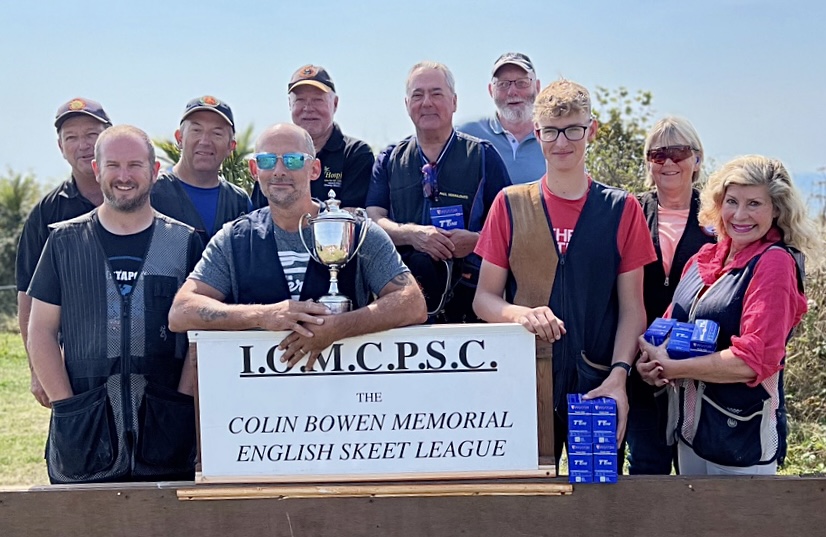 The fifth round of the Colin Bowen Memorial English Skeet League league was held at Meary Veg Santon with 18 competitors taking part in dry hot sunny conditions, which also had the Cesar Leonetti Handicap cup up for grabs.

The joint leaders after the first round were Chairman Peter Kelly, vice Chairman Will Rand and Jeff Corkill with 24 points. In equal forth place were Paul Mihailovits and C class shooter Zac Bellhouse on 23 and making up the top six were John Moore, Madeleine Simpson and Brian Faragher on 22. We also had two shooters making their league debut in Daniel Zorab and John Gaydon who both shot well to record 16 and 14 respectively.

In the handicap section for the Cesar Leonetti Handicap cup Wayne Barsby was the run away winner with 64 points. Six shooters carried on to complete a 100 targets and Paul Mihailovits was top gun on 97 with Jeff Corkill second on 94 and John Moore third on 91.