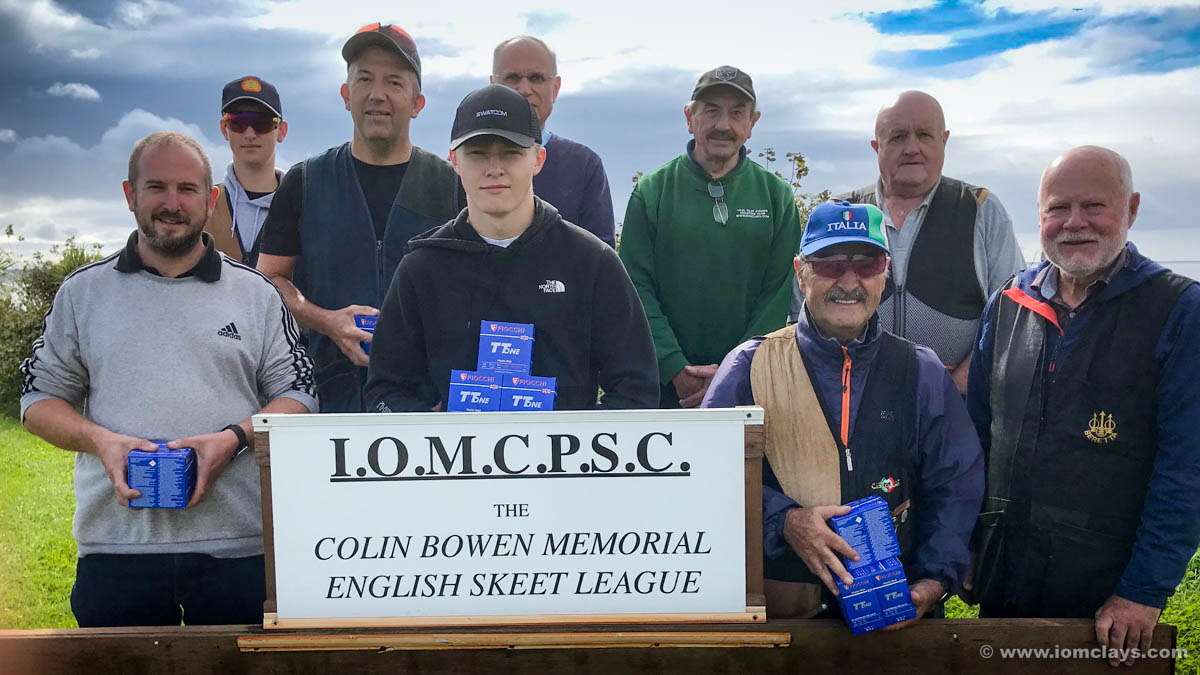 The sixth and final round of the Colin Bowen Memorial English skeet league was held at Meary Veg Santon with sixteen competitors taking part in dull, dry but breezy conditions.

The leader after the first round was junior shooter Joe Faragher with a 25 straight, which proved to be the only straight shot on the day. In second place on 24 were Jeff Corkill, Will Rand and Dave Corlett followed by Peter Kelly and Stan Cross on 22. We also had two new shooters taking part in Ramon Sammer and John Gaydon with both of them hitting more than half their targets.

After a short break the second round got under way Dave Morgan finished in third place in C class with 38 points, in second place on 39 was junior Zac Bellhouse with Rob Marshall taking first place on 40. In B Class Peter Fabrizio was the winner on 31. In A class we had a five way tie for second place between Peter Kelly John Moore, Jeff Corkill, Will Rand and Dave Corlett all with 45 points but the winner was the first round leader junior Joe Faragher on 47.