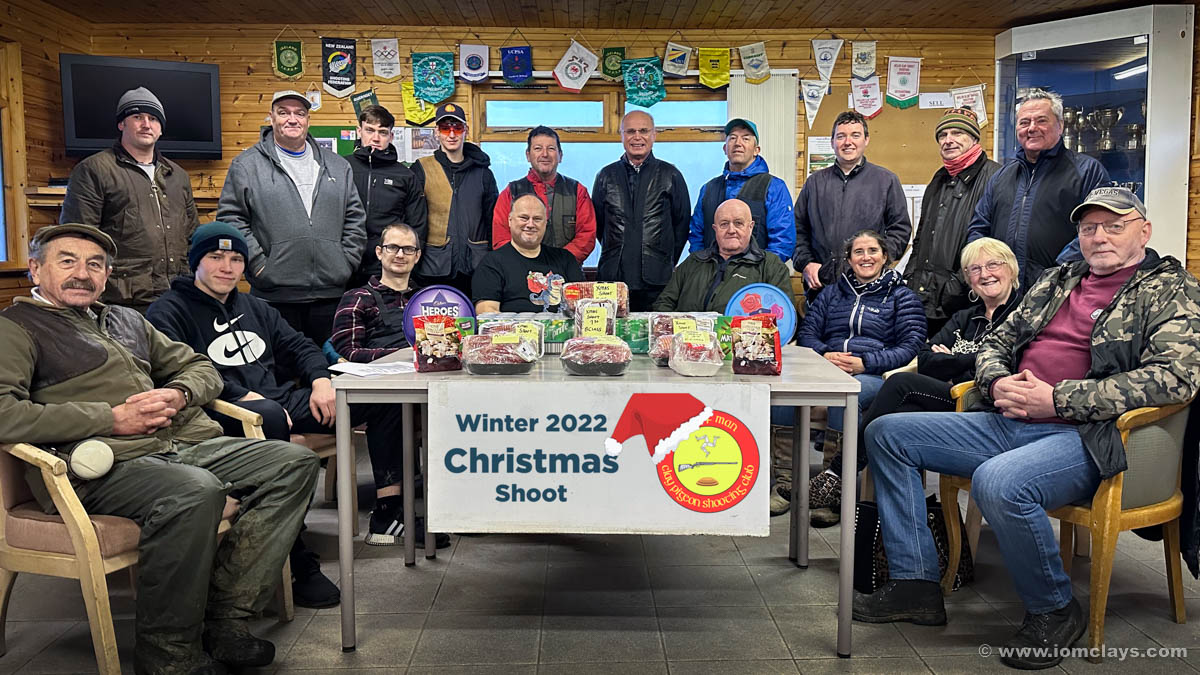 The annual Christmas Shoot was held at Meary Veg, Santon, and was sponsored by the club it self including a range of meat prizes. The shoot itself was held over three disciplines; 20 Double Rise, 20 Skeet Doubles and 20 Pro Sporting, and saw 19 competitors taking part in very windy and very cold conditions.

The joint leaders after the Double Rise were Peter Kelly and John Moore, both in A class, and junior Joe Faragher in B class with 16 points. The leading C class shooter was newcomer Will Challoner on 11. The next discipline was Skeet doubles and John Moore was in the lead on his own in A class with 31 points with Jeff Corkill second on 29 followed by Dave Corlett in third place in A on 28.

We had to have a shoot-off for third place in A class between Dave Corlett and Paul Mihailovits who both scored 42, which Dave won by one point, in second place on 43 was Peter Kelly with Jeff Corkill taking first place in A on 45 but the overall winner with 47 points was John Moore – well done John!

A team event was also incorporated in the shoot and the winners were Joe Faragher & J Moore (89) with M Barnett / M Cross (86) taking second place on count back from P Kelly & W Rand (86) in third place with J Corkill & Z Bellhouse fourth. (79)

The range is open on Christmas eve till 13:00, closed on Christmas Day then the Boxing Day Shoot sponsored by Top Spec Fencing is on Tuesday 27th December over 50 Single Barrel DTL. We also have a non members section over 25 targets for anybody that has not shot competition before. The prizes will be presented at the Crosby Hotel after the meal, we still have a few places left for anybody that wishes to come along, contact Peter on 461203 for details. Duty officers this Saturday are P & B Kelly.