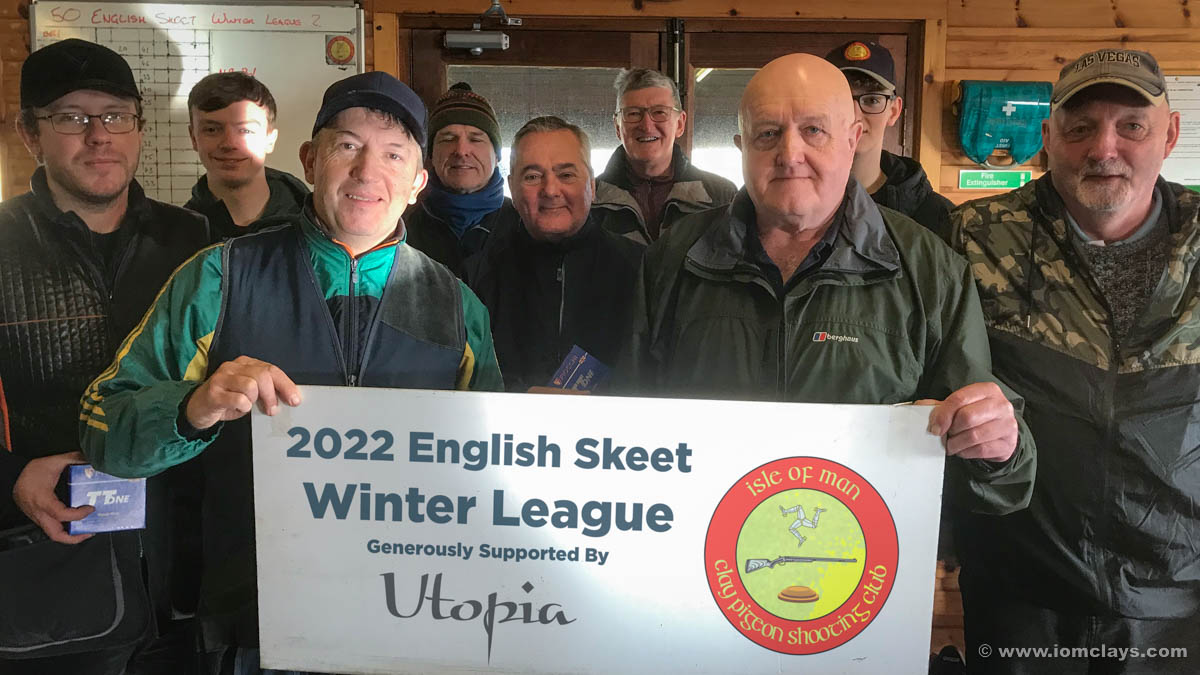 The second round of the Utopia Hair Salon Winter Series English Skeet League was held at Meary Veg Santon in cool, windy but dry conditions.

We had a four way tie for first place after the first round between Jeff Corkill, Dave Corlett, John Moore and Paul Mihailovits on 23, next on 22 were Peter Kelly and B class shooter Brian Faragher followed by two juniors; A class Joe Faragher and C class Zac Bellhouse.

At the beginning of the second round the wind dropped slightly but the sun came out making to clays hard to pick up from the low house. At the end of the second round Brian Kelly and Roman Sammer were in equal second place in C class on 33 but the runaway winner of C class was Zac Bellhouse with 42 points.

It was good to see Stephen Rand back on the range who finished in third place in B class on 35, in second place on 40 was junior David Cowin but the winner of B class with 45 points was Brian Faragher. We also had a tie for second place in A class between Dave Corlett and Paul Mihailovits on 46 points but just pipping them by one point with a score of 47 was Jeff Corkill.