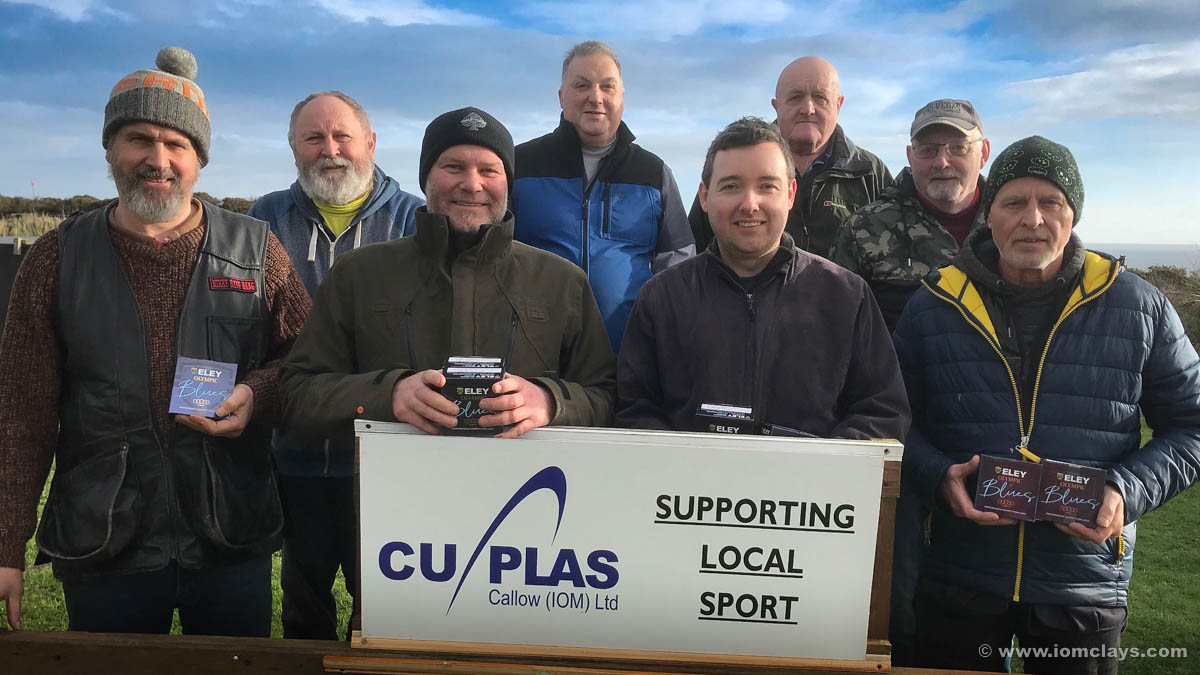 The third round of the Cu Plas Callow Winter Series DTL League was held at Meary Veg, Santon, with 13 competitors taking part in near ideal conditions.

The leader after the first round was A class shooter Mark Riley with a 25/73 straight, in second place also with a straight was B class Rob Corlett with 25/72, in third place on 23/68 was A class Mike Walker followed by A class Peter Lowe on 23/67. Leading C class with 22/66 was Mark Sweetman with Brian Kelly in second place with 20/59. We also had a new shooter Mike Thomson taking part in his first DTL competition which was good to see.

After a short break the second round got under way and in C class Brian Kelly finished in second place on 41/120 but winning C class with 43/127 was Mark Sweetman. Dave Corlett finished in third place in B class on 44/129 with George Davies taking second place on 47/132 but winning B class hands down was Rob Corlett who hit 49 for 143 points which was also equal highgun on the day. Peter Lowe was third in A class on 47/135 with Mike Walker piping him for second place by one point on 136 but also equal highgun and winning A class was Mark Riley on 49/143.

Next week is the third round of the Winter series Pro Sporting League
sponsored by Will Rand, just a reminder subscriptions are now due. Duty officers this week are W Rand & B Faragher.