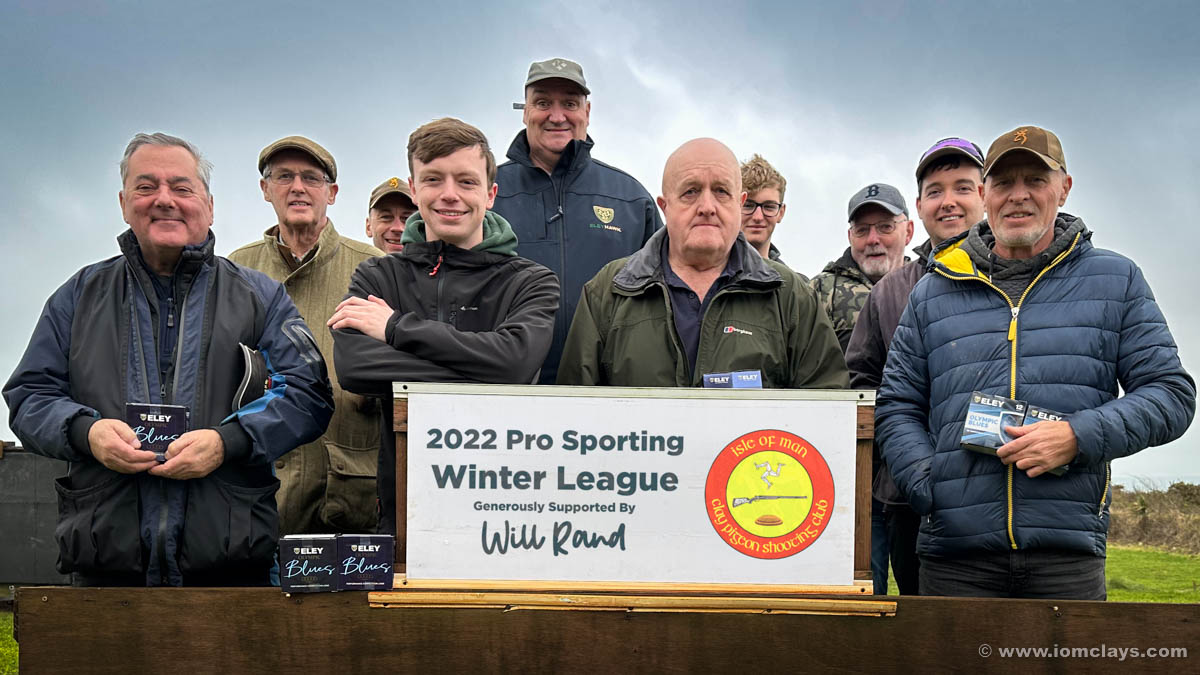 The third round of the Winter Series Pro Sporting league kindly sponsored by Will Rand was held at Meary Veg Santon with 19 competitors taking part in dull, overcast conditions.

The leader after the first round of targets shot on the left hand range under the shelter was C class shooter Mark Sweetman with a fine round of 22 in equal second place on 21 were father and son Dave and Rob Corlett along with John Moore and David Clague who were followed by junior David Cowin, Jack Clague, Stan Cross and George Davies on 20.

The right hand layout with totally different targets but with same degree of difficulty again shot under another of the new shelters. In Class junior Zac Bellhouse finished in third place on 33 points, in second place on 38 with 22 in his second round was Brian Kelly but taking C class with 41 points was Mark Sweetman. In B class we had a tie for third place between Rob Corlett and Mark Barnett on 39, in second place on 40 with his trusty side by side was Jack Clague but taking B class with 42 points was David Cowin.

In A class third place went to Stan Cross on 39 with Paul Mihailovits taking second place on 40 but winning A class with a fine score of 46 and a perfect score of 25 in his second round was Dave Corlett.