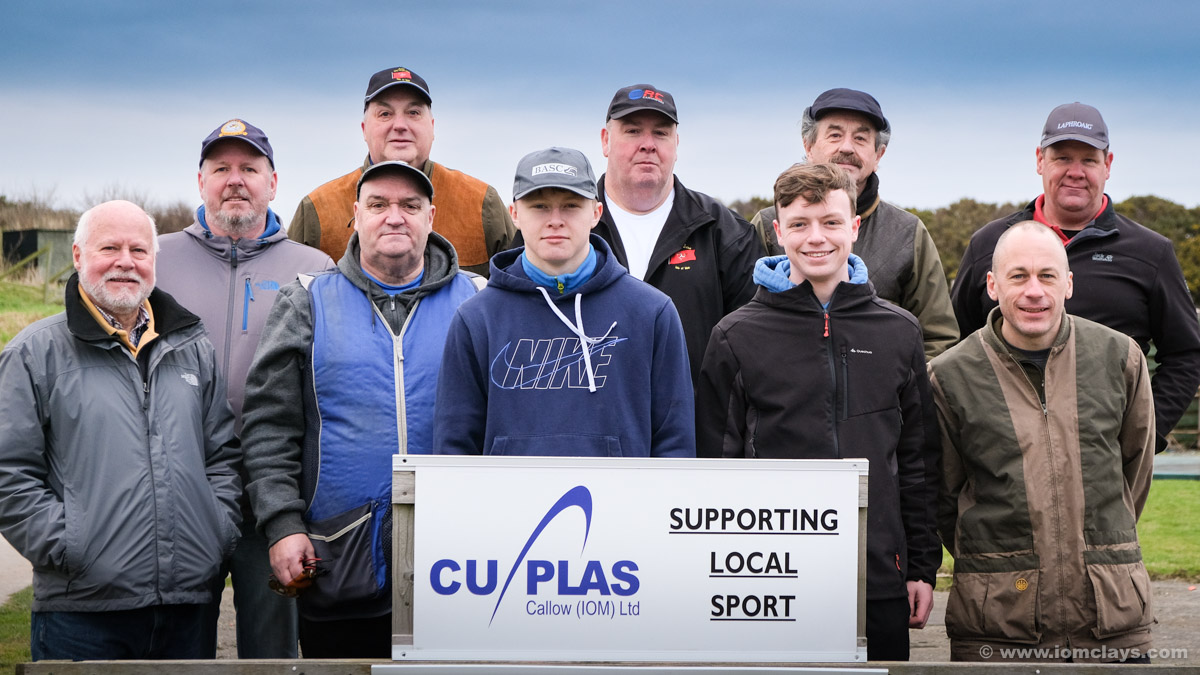 The third round of the Cu Plas Callow Winter series DTL league was held at Meary Veg, Santon, with 21 competitors taking part in dry calm but cold conditions.

The leader after the first round was B class junior shooter Joe Faragher with a perfect, maiden 25/75, in equal second place were seasoned DTL shooters Phil ward and Alan Wade who also had 25 straights but had two second barrel kills for 73 points followed by another junior Arran Wade on 72 points.

The leading C class shooter was another junior in David Cowin who also hit 24 for 71 points. Out of the 21 competitors 20 had scores of 20 and over, high scoring all round. In the second round Rob Marshall finished in third place in C class on 125 with Mark Barnett taking second place on 131 but winning C class with 137 was junior David Cowin.

We also had three unclassified shooters taking part with Mark Sweetman scoring 121 points, Calum Craine hit 139 points hitting a straight in his second round and veteran Dave Lally who had two 24’s for 141 points. In B class Peter Lowe was in third place on 132 with Stan Cross taking second place on 136 but winning B class with 146 points and second overall was junior Joe Faragher.

In A class we had a tie for third place between Steven Craine and John Moore on 141, with John hitting a straight in his second round, Phil Ward was second on 142 but winning with another straight was Alan wade on 148 – well shot Alan! 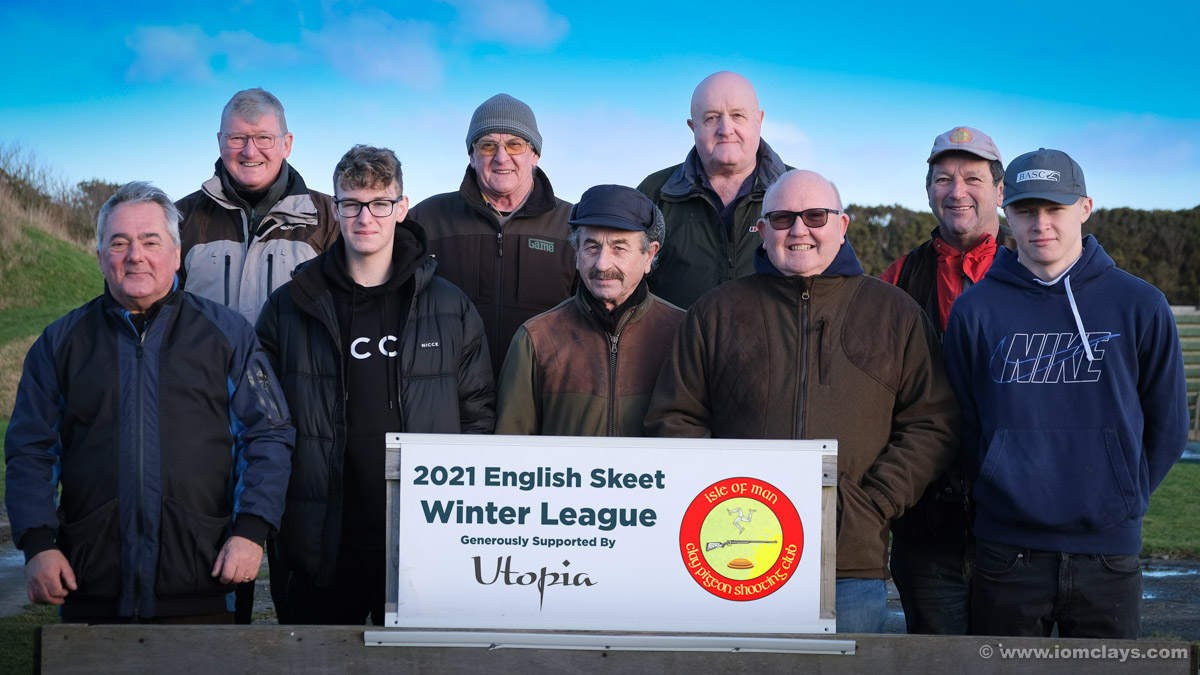 The third round of the Utopia Hair Salon Winter English Skeet League was held at Meary Veg, Santon, with nineteen competitors taking part in dry, sunny cold and breezy conditions making the targets  difficult to see on stands one and two.

It made no difference to John Moore as he hit all 25 targets in his first round to lead by one from Paul Mihailovits in second place with Stan Cross third in A class on 23. We had a three way tie for first place in B class between Ted Kermeen, Will Rand and junior Joe Faragher on 21. Steven rand was the leading C class shooter on 19 with Alan Wright, Brian Kelly and junior Zac Bellhouse in equal second place on 17. 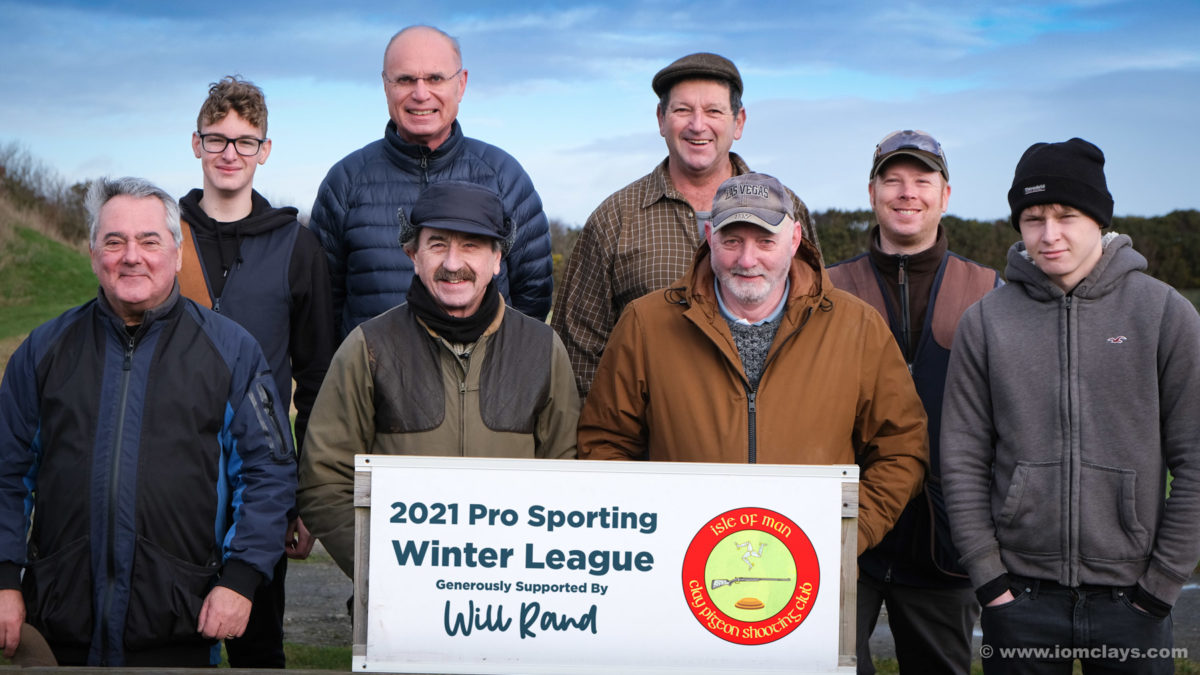 The third round of Winter Series Pro Sporting League and sponsored by Will Rand was held at Meary Veg, Santon, with 22 competitors taking part in cold but dry conditions.

The joint leaders after the first 25 were Giulio Fabrizio in B class and Juan Cowley in A class with 23 points with A shooter John Moore in third place on 22. The leading C class shooter was Brian Kelly with 15 points. After the second layout was shot junior Zac Bellhouse was in third place in C class with 21 points with his Granddad David Morgan beating him by one point to finish in second place on 22 but taking C class with 30 points was Brian Kelly.

Good Turnout for Second Winter Round

The second round of the Cu Plas Callow winter Series DTL League was held at Meary Veg, Santon, with 23 competitors taking part in dry and breezy conditions.

The overall leader and leading A class after the first round was Mike Walker with a 25 straight for 73 points, second place in A class was Alan wade with son Arran in third place on 70. Stan Cross was the leader of B class with 66 points with Jack Clague and Giulio Fabrizio in equal second place on 63.

In C class junior Ted Davis was leading on 59 with Mark Barnett and junior David Cowin in equal second place on 58. After the second round David Cowin  finished in third place in C class with 114 points but we had a tie for first place between Mark Barnett and Ted Davis on 127 points. Giulio Fabrizio finished in third place in B class with 124 points with Stan Cross taking second place on 129 but taking B class with 130 points was Jack Clague.

In A class Brian Faragher was in third place on 138 with first round leader Mike Walker taking second place on 140 but taking the A class victory as well as the highgun on the day was Alan Wade on 141.

Next week is the third round of the Pro Sporting league sponsored by Stan Cross, Duty Officers on Saturday are J Moore & S Cross. 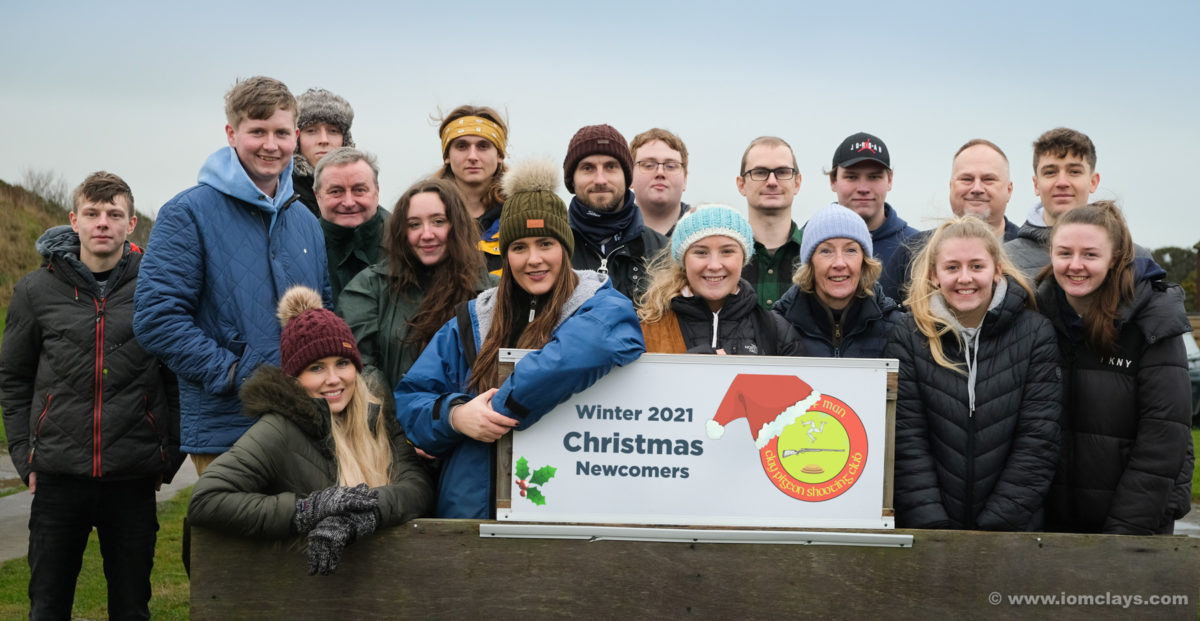 The leader after the first round was junior Arran Wade with a perfect 25 straight with dad Alan in second place on 24 followed by junior Joe Faragher who led B class and Stan Skinner on 23. The C class leader was Will Rand on 20. In the non members section for the Phil Yewdall cup Tony Radcliffe was the leader on 20.

In the handicap section the winner of the George Costain Memorial handicap cup was lady shooter Nicky Barnett with 150 points, beating hubby Mark by 2 points. In C class Will Rand was the winner with 114 points followed by Alan Wright in second place on 93 with Peter Fabrizio third on 84.

Mark Barnett was the winner of B class with 123 points with Jack Clague second on 120 followed by junior Joe Faragher in third place on 117. We had a tie for second place in A class between Brian Faragher and Mike Walker on 120 but taking A class with 135 points was Alan Wade but the star of the day was junior Arran Wade who was the only shooter to hit a straight and the only shooter to break the 140 barrier finishing on 141 and winning the John Moore Christmas High Gun Cup – well done Arran!

We had a good turn out of 17 competitors in the non-members section where we had a tie for second place between Paul Webstick and junior lady Olivia Howland on 93 points but winning the section and the Phil Yewdall Cup was Tony Radcliffe with 11 points.

The prizes were presented by Vice president Peter Fabrizio after an excellent meal at the Crosby Hotel.