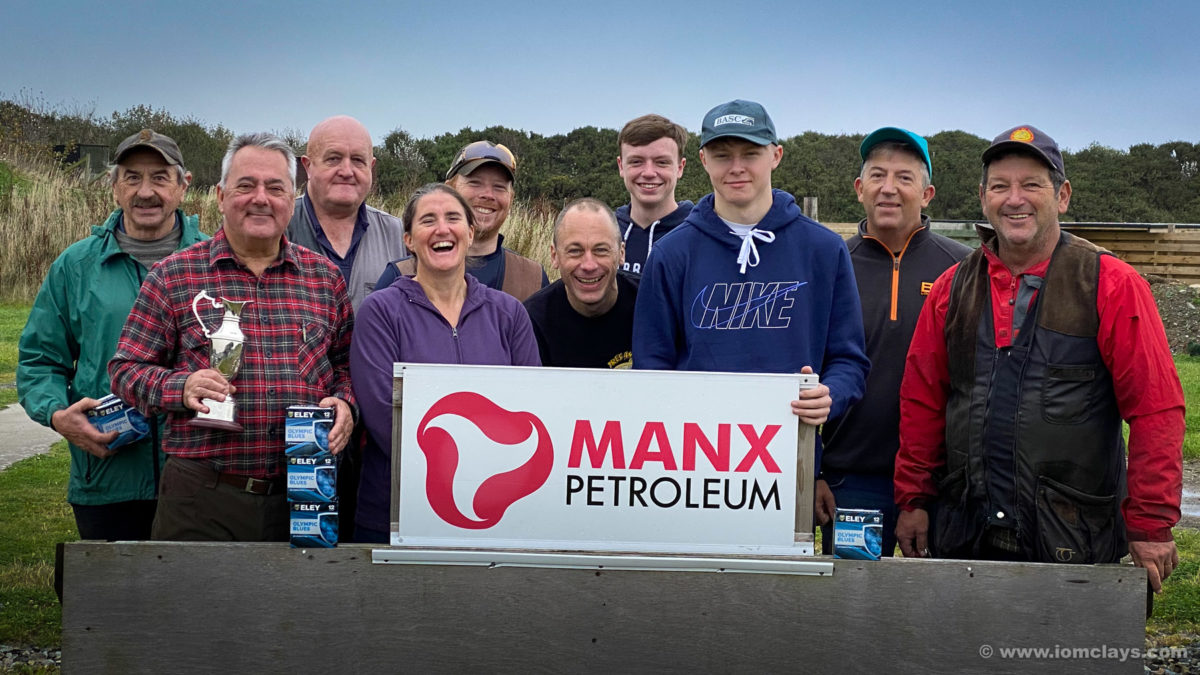 The leader after the first round was Juan Cowley with 23 points, in equal second place on 20 were John Moore, Peter Kelly and Arthur Hayes followed by Dave Corlett, George Davies and Mark Barnett on 19. After the second round we had a three way tie for first place between John Moore, Juan Cowley and Peter Kelly on 43 points, so a sudden death shoot off was required with doubles on four. After the first round of four targets it was still all square as they all hit three targets, Kelly then hit all four as did Cowley but Moore could only manage three so was eliminated, In the next set of targets Kelly hit three to Cowley’s two so the new Manx skeet champion for 2020 is Peter Kelly