The leader after the first round was George Davies with a perfect 25 straight, in equal second place on 24 were Marty Kneen and John Moore with Alan Wade next on 23 followed by Alan Kinrade and Neil Parsons on 22. Marty Kneen took the lead after round two on 47 points, Alan Wade was in second place now on 45 with George Davies and Alan Kinrade next on 43. Kneen stretched his lead after round three to five adding another 23 to his total for making 70 points, Alan Wade was still in second place on 65 with Alan Kinrade and Michael Cross now in equal third place on 64 followed by Paul Mihailovits on 63.

After the forth and final round junior Zac Bellhouse shooting his first Sport trap competition finished in second place in C class with 66 points with Paul Mihailovits taking C class on 85. Stan Cross was second in B class with 77 points but taking B class with 81 points was George Davies. Neil Parsons was second in A class on 84 but we had to have a shot off for third overall between the two Alan’s Kinrade and Wade both scoring 87 and it was Kinrade who was third overall on 87+21 with Wade taking A class with 87+19, in second place overall was Michael Cross with 88 points but winning in style with a 25 straight in his last round was Marty Kneen with a final total on 95.

Next week is the fifth round of the Tower Insurance DTL at 10am with the fifth rounds of the Manx petroleum’s Olympic Skeet and the Sadler Agricultural Supplies ABT leagues in the afternoons. Duty officers this week are J Moore and M Barnett. 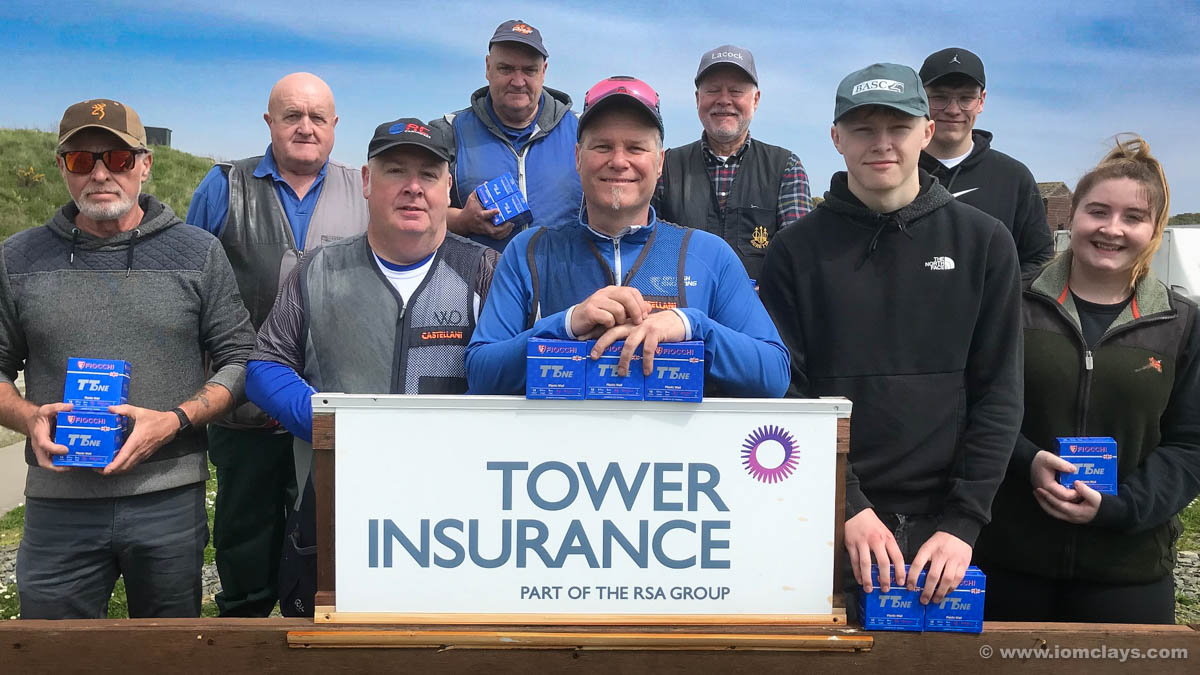 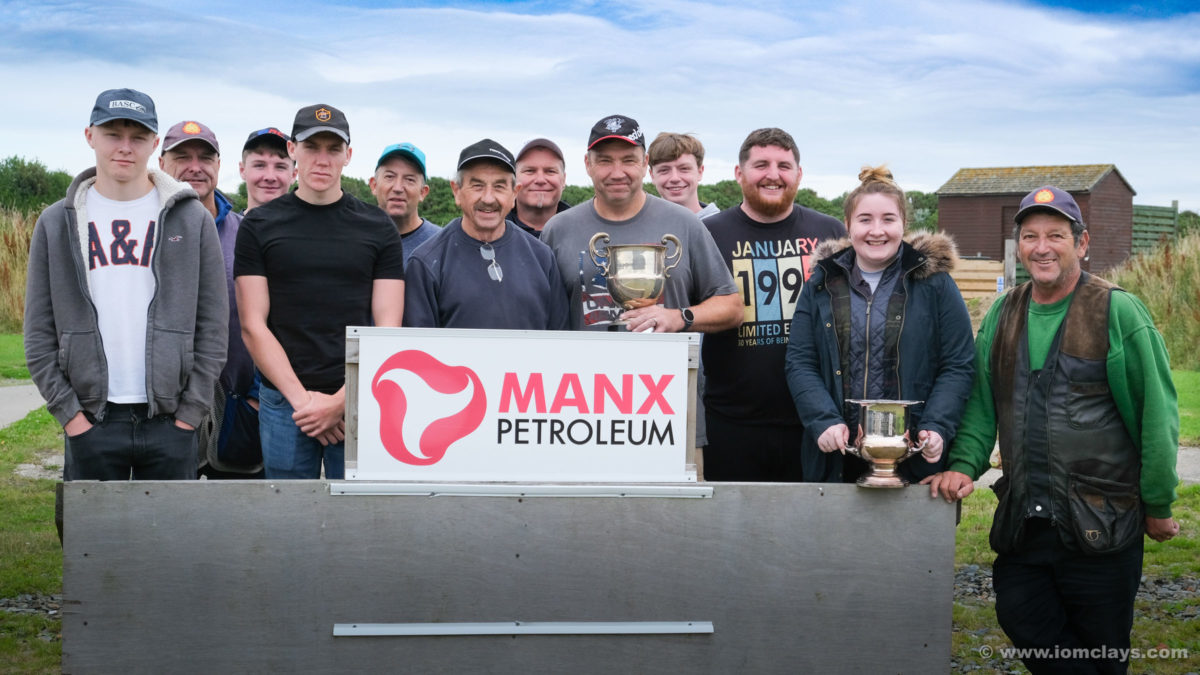 The leader at the half way stage was Alan Wade with 46 points, in equal second place on 43 were Nigel Moffatt, Ben Richards, and Alan Kinrade followed by the first junior Michael Cross on 42. Making up the top six were Neil Parsons and Stan Cross, each on 39.

After a short break to change the schemes on the layouts Dave Corlett finished in sixth place on 77 with Michael Cross taking fifth overall as well as leading junior on 80. We then had a three way tie for overall second place on 81 points between Alan Wade, Ben Richards and Nigel Moffatt, but the convincing winner five points ahead of everyone else on 86 points was Alan Kinrade – well shot Alan!

On Bank Holiday Monday the first round of the Colin Bowen Memorial English skeet was held, and what a difference in the weather with driving rain and at times hail and sleet greeting the 14 hardy shooters taking to the stands.

The leader after the first round was B class shooter Chris Workman with 21. In equal second place on 20 were Rachael Bowen Matthews and Stan Cross, with his new gun, and Brian Faragher. Dave Corlett was in fifth place on 19 and making up the top six were Jeff Corkill and John Moore on 18.

With the weather not improving for the second round junior Zach Bellhouse finished in second place in C class on 21 points, with Nicky Barnett taking C class with 30 points. Will Rand was in third place in B class with 31 points with Brian Faragher and Chris Workman in equal first place with 40 points.

In A class we had a three way for first place on 41 points between Stan Cross, Rachael Bowen Matthews and Dave Corlett who had the best round of the day with 22 in his second.

Next week is the IOM English skeet Championship sponsored by Sadler Agricultural Supplies over 100 targets, entries close at 10am prompt

Entries are also now open for the Hospice shoot on Saturday June 26th which can be done on line at iomclays.com/hospice, non shooters/members most welcome.

The leader at the half way stage was Paul Mihailovits with 42 points with Jack Kneen and Nigel Moffatt in equal second place on 40, followed by Dave Corlett in fourth place on 38, Stan Cross and Alan Kinrade were in equal fifth place on 37.

Both layouts were altered to give four completely different sets of targets for the second half of the competition. When all the scores were collated we saw Mark Riley winning C class with 71 points, Dave Corlett was first in B class with 74 points, and Alan Wade took A class with 76 .

In the junior section David Cowin was third on 58 with Arran Wade taking second place on 64 but the junior winner with 69 points was Michael Cross. Third overall was Jack Kneen with 78 points, Marty Kneen was second on 79 but the new IOM Sport Trap Champion for 2020 with the only score in the eighties was Paul Mihailovits with 82 points – well done Paul!

Next week is the next round of the Colin Bowen English skeet league with
entries closing at 10:00 on the day.